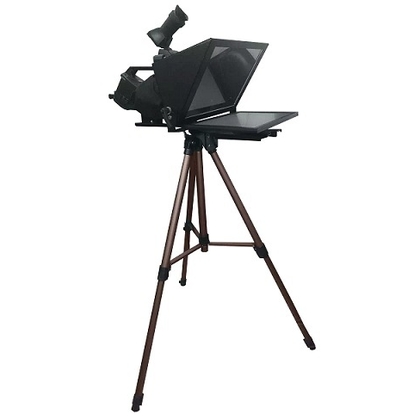 Article Name
What size of Teleprompter should we use?
Description
The teleprompters are the devices which consist of one or more screen with a reflecting glass pivoted at a specific angle suitable for the reader or the narrator to see and read a script from the reflecting glass. Commonly all the standard designs of teleprompter systems comprise of the screen and reflecting glass of the same size. Reflecting glasses are nothing but specialized glass which is partially opaque and majorly transparent. The industry standard for such glasses is 70:30 i.e. 70% transparent and 30% opaque.
Author
EAPL
Publisher Name
EDU Assessment Pvt. Ltd.
Publisher Logo

How Teleprompters are priced – A super helpful guide

Top 5 enhancements to a Presidential Teleprompter or a Speech Prompter